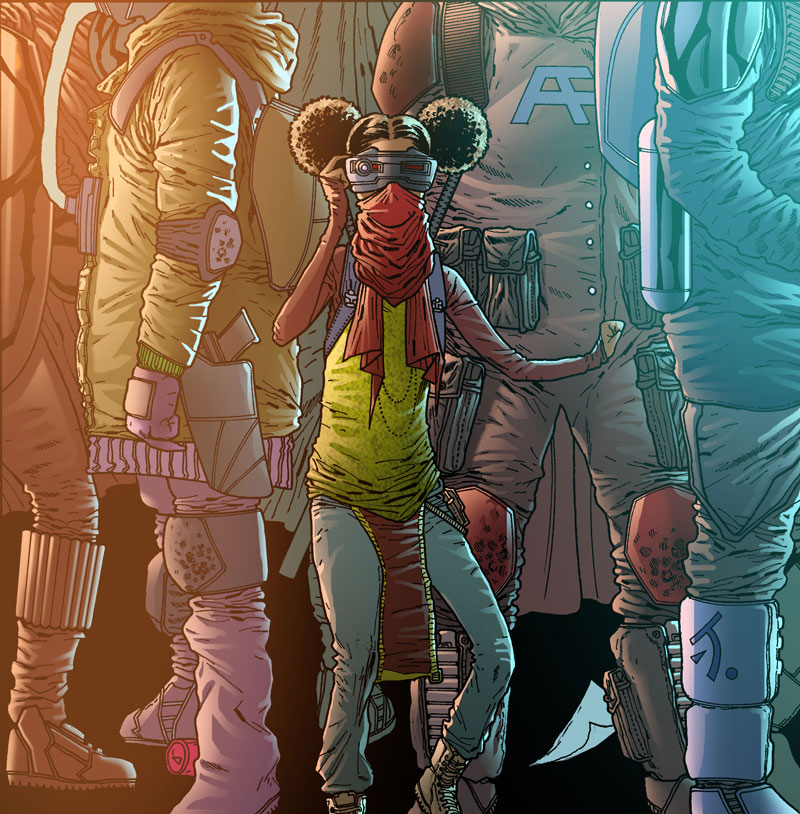 About
ANGELA & THE DARK is an upcoming comic book series co-created by A. Diallo Jackson & Russell Fox. Set in the year 2137 in the futuristic metropolis known as Metron City, the story chronicles the tales of a young mysterious girl, Angela, as she finds herself caught in the cross-fire between the mysterious cat-burglaring techno-thieves, The Dark, the Metron City Federal Police, and Seven deadly crime families which run the city from behind the scenes with cold exacting results.

The upcoming issue of ANGELA AND THE DARK: VOLUME ZERO is an introduction to the world where we meet key characters for the ongoing story, are introduced to the unique dynamics of Metron City, and plants seeds for adventure, action, treachery and mystery from stories to come.

Angela and the Dark is an all-ages, anime-infused, cyberpunk adventure where the good guys might be bad, the bad guys might be good, and one young girl is caught between it all, just trying to have some fun…and just might save the world anyway. 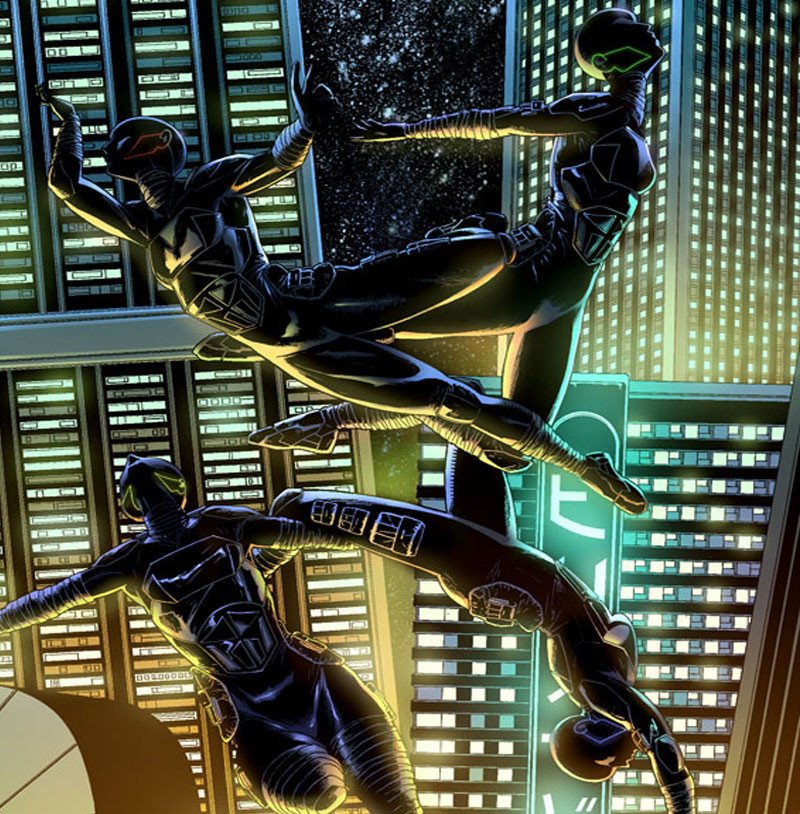 The print version of ANGELA AND THE DARK VOLUME ZERO is available for purchase in our store!

The digital version of ANGELA AND THE DARK VOLUME ZERO is available for purchase on Comixology & Comixcentral!

Angela and the Dark is now on Sale! Visit our Store Dismiss